My whole inspiration for what I do in my design business comes from Italy.

Award winning designer Cheri Milaney takes inspiration from Italian and loves creating clothes with sexy romantic touches. She was one of the first designers to feature real women of all shapes sizes and colours on the catwalk.

Cheri may be the first designer who was able to connect with both the media and consumers through one event.

The Calgary native is tapping the Italian verb for comfort and contentment for inspiration and the contrast between the soothing natural environment and the concrete urban life for her inspiration. “We’ll be showing the contrast by using ruching and gathering on simple fabrics to create a more complex look and using sheer printed chiffons to show the light and pleasurable side of life,” says Milaney. 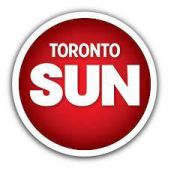 In a testament to real women, Milaney closed the show with some notable names she dubbed “Role Models” in the show program: former Much Music VJ Erica Ehm, founder of the Yummy Mummy Club, along with Cobi Ladner, former editor of Canadian House & Home magazine, singer Amy Sky, CBC-TV GM Kirstine Stewart and actress Tonya Lee Williams of “The Young and the Restless” fame.

Cheri Milaney Women of the Week. Designer Cheri Milaney caused a stir during Toronto Fashion Week by doing something revolutionary for the industry: using “normal” women as models.

It was the first time a designer showed 3 sizes on the runway at a major fashion show – four, eight and fourteen.  “The result was just outstanding.” says Milaney. “These women were so gracious and beautiful. They brought the clothes to life.” 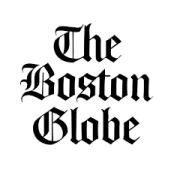 Milaney’s made-in-Vancouver collection is filling a major gap in the market.

The Vancouver fashion designer, who caters to curves, is on a mission to help women celebrate their bodies. “I’m hoping were going to change people’s perceptions. I’m hoping the industry will start taking notice and have some realistic expectations of what real beauty should be.”

Any one of the bright elements in this ensemble from Canadian designer Cheri Milaney will inject seasonal zip into your wardrobe. And together they make a citrusy, spring-like statement

In her quest for softness, she often uses the underside of a fabric: a printed chiffon in already muted roses and aquas becomes Claude Monet-like.

In terms of style, quality, and pure elegant seductiveness, Milaney’s designs easily hold their own against European imports.

A recent winner of the Matinee Fashion Foundation grant, Milaney has, in just five years, started her own wholesale business selling across Canada and in the US.